Mobile Mini and WillScot have united to become the leader in temporary space and storage solutions.  Learn More. 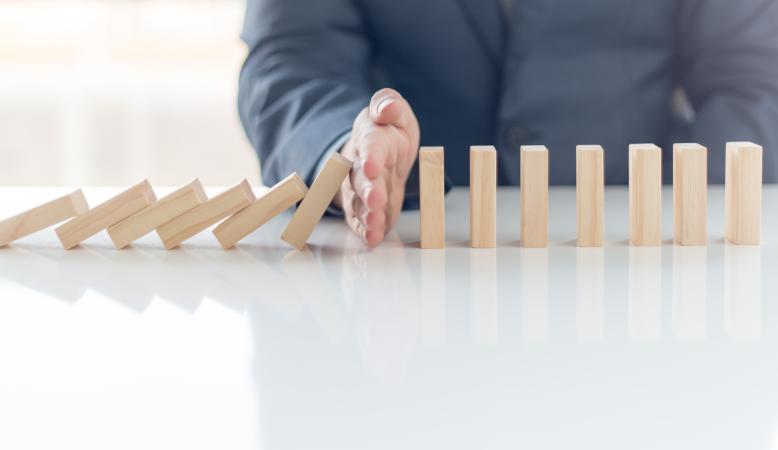 With an employment base of more than 2,000 employees across more than 150 locations in three countries, Mobile Mini's talented with diverse backgrounds management provides the direction and leadership needed to grow a $1 Billion international company, while always remaining true to Mobile Mini’s core values. Meet the team behind the innovative solutions at Mobile Mini.

Van Welch was appointed Executive Vice President and Chief Financial Officer in August 2017. He is responsible for all finance, accounting, investor relations, treasury, and related financial matters. With more than three decades of domestic and international experience, including top leadership positions at large engineering and construction companies serving oil and gas, power, government, and major infrastructure industries worldwide, he brings the expertise of industries that Mobile Mini serves. Prior to joining Mobile Mini, Mr. Welch held positions at Willsbros, Inc. of Executive Vice President and Chief Financial Officer from May 2011 and Senior Vice President and Chief Financial Officer from August 2006. Prior to Willbros Inc., Mr. Welch served in leadership and senior finance roles at KBR Inc. (formerly a subsidiary of Halliburton). Mr. Welch serves on the board of directors for Child Crisis Arizona, a non-profit child-and family-focused agency providing Arizona children a safe environment, free from abuse and neglect, by creating strong and successful families. Mr. Welch holds a BBA in Accounting from Stephen F. Austin State University and is a Certified Public Accountant.

Christopher J. Miner has been Senior Vice President and General Counsel of Mobile Mini since 2008. Mr. Miner is responsible for the company’s legal strategy including acquisitions, litigation, compliance, safety, real estate, and corporate operations. He supports the Board of Directors in developing and maintaining best practices for corporate governance. Prior to joining Mobile Mini, Mr. Miner was a partner at DLA Piper, representing corporate and financial institutions in mergers and acquisitions, securities and corporate governance. He began his legal career at Davis Polk in New York and Europe.  He also serves on the board of A New Leaf, a provider of emergency shelter and services to those suffering from domestic violence and homelessness, as well as on the board of Desert Financial Credit Union. Mr. Miner received his B.A. degree and J.D. degree from Brigham Young University.

Mark Krivoruchka has served as Senior Vice President – Chief Human Resources Officer since December 2017, moving from his previous role as president at MK Strategic Resources (“MKSR”), a human resources and management consulting company that he founded in 2013. MKSR serviced Mobile Mini Solutions from December 2016 until Mr. Krivoruchka became an employee of the Company. Mr. Krivoruchka is responsible for all human resource matters, which includes compensation, benefits, recruiting and training. He is also responsible for community relations and works with the compensation committee to provide support for all executive compensation matters. From 2010 until 2013, Mr. Krivoruchka served as Senior Vice President of Human Resources at RSC Holdings, Inc. Mr. Krivoruchka brings over 30 years of senior-level executive experience in a wide variety of roles including positions at GE, Pillsbury, Maytag, Cooper Tire, Pillsbury Foodservice, Hoover Floorcare, and McGraw-Edison. Mr. Krivoruchka currently serves on the Virginia Tech Pamplin School of Business Advisory Council and St. Vincent DePaul Endowment Advisory Council. In addition, he was recently appointed to the Board of Chrysalis in 2019. He also serves as a founding board advisor to Harkness Capital. Mr. Krivoruchka holds a B.S. Degree in Business and an MBA from Virginia Tech University.

Graeme Parkes is Chief Information Officer and joined Mobile Mini in September 2014. Mr. Parkes is responsible for all aspects of information technology, information security and software development, providing a stable, secure and scalable technical platform for the organization. He supports the growth of Mobile Mini’s business through IT related revenue generating programs linking technology insights with industry experience and operational excellence. Mr. Parkes has a proven international track record of selecting, managing and mentoring high-performance teams, and is proficient at organizational change management. Mr. Parkes received a Bachelor of Commerce degree in Information Systems from the University of KwaZulu-Natal in South Africa.  Mr. Parkes serves on the Board of Directors of St. Mary’s Foodbank Alliance, one of the world’s largest food banks with a mission to alleviate hunger through the gathering and distribution of food while encouraging self-sufficiency, collaboration, advocacy, and education.

Eric John was appointed Senior Vice President of Mobile Mini’s Tank & Pump Division in February 2020 and joined the company as the Director of Operations in 2017.  Mr. John served as the President of Lance Rental, a specialty rental company in Houston, TX, prior to joining Mobile Mini and he began his career at Andress-Walsh (subsidiary of BakerCorp) where he spent 12+ years in a variety of Sales and Operational leadership roles.  Eric is actively involved in the Big Brothers program and is currently serving on the Board of Play Works in the Houston area.  Eric holds both a BS in Industrial Distribution and an MBA from the University of Houston.

Jason Seabolt was appointed Eastern Division Senior Vice President of Mobile Mini in November 2017. Mr. Seabolt joined the company as a Branch Manager in Atlanta in June 2008. Mr. Seabolt's nearly 20 years of experience in the equipment rental industry includes 10 years as Branch Manager with Mobile Storage Group, acquired by Mobile Mini in 2007. He graduated from the University of Georgia's Terry College of Business in 1996.

Ryan Wilson was appointed Western Division Senior Vice President of Mobile Mini in September 2017 and joined the company as a Region Manager in May 2016. Mr. Wilson’s experience includes serving as CEO for American High Reach, an equipment brokerage company, from August 2014 to May 2016, District Manager for Sunbelt Rentals, Inc. from December 2012 to August 2014, and Managing Director for Rouse Asset Services. Ryan earned his BS in Business Management from California State University in 2004 and his Master’s in Business Administration from Pepperdine University in 2008.

Jeff Reid became the Senior Vice President of Supply Chain in July 2018.  In this role, he is responsible for supply chain management, ensuring alignment across all key operational areas and leveraging technology solutions to best support field operations.  Previously, Mr. Reid served as Vice President of Operational Excellence from April 2016 and Region Manager for Tank + Pump Solutions from August 2017.  Before joining Mobile Mini, Mr. Reid spent two years as the Vice President of Fleet Management for BlueLine Rental.  Prior to that, he spent fourteen years in various roles within the equipment rental industry with United Rentals and SunBelt Rentals.  Mr. Reid is currently serving on the Board of Teen Lifeline, which was developed as an innovative solution to address teen suicide in the Phoenix area.  He holds a Bachelor of Science degree in Business Administration (Accounting) from John Carroll University in Cleveland, OH, as well as an MBA in Finance and International Business from the University of Miami in Miami, FL.

Luke Sheffield was appointed Senior Vice President of Managed Services and Storage Solutions on April 1, 2019 after serving as Vice President of National Account since January 2016. He joined Mobile Mini in August 2015 and previously served as Director of Vertical Markets. Mr. Sheffield has more than 15 years of experience in the equipment rental industry. Prior to joining Mobile Mini, from December 2008 to August 2015, Mr. Sheffield was a National Account Manager at United Rentals. From April 2004 through December 2008, Mr. Sheffield worked in the equipment rental industry at HERC Equipment Rentals, in various roles between operations and sales. Mr. Sheffield earned his B.S. degree from The University of Mississippi.

Andrew Thompson joined the Mobile Mini UK leadership team in 2016. His career began within the fast-paced retail sector, lasting almost 20 years, culminating in a Regional Director role. He subsequently moved into the rental sector in 2011 when he joined Hewden as UK Operations Director. Mr. Thompson was responsible for both the UK plant and access business and the national accommodation business. Within this Private Equity environment, he led a sustained four-year period of change across both strategic arms of the business.  Mr. Thompson attended the University of Sunderland for his Higher National Diploma in Business Management and has a Diploma in Business, Finance, and Marketing from New College Durham.