Sorry, you need to enable JavaScript to visit this website.
×

Mobile Mini and WillScot have united to become the leader in temporary space and storage solutions.  Learn More.

Mobile Mini’s Culture of Safety: The Road to 0 Incidents 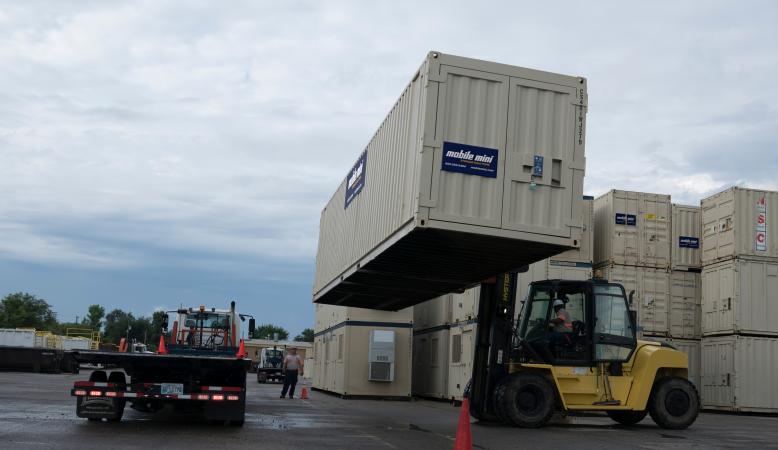 U.S. employers pay approximately $1 billion per week in worker’s compensation costs alone according to OSHA. And for three consecutive years U.S. workplace fatalities have risen. Last year more than 5,000 were recorded for the first time since 2008 says U.S. Bureau of Labor Statistics. Now more than ever we need thought leadership putting workplace safety as a Number 1 focus.

It sounds unlikely but even a big multi-national company with 120 U.S. branches and 1,600 employees in the field can go from 306 workplace accidents five years ago to a Total Recordable Incident Rate (TRIR) of less than 1. Mobile Mini did it, and it started at the top. As soon as company President and Chief Executive Officer Erik Olsson took the reins he launched his operational excellence mission of making safety a company-wide priority. This was the genesis of Mobile Mini’s world-class Culture of Safety and its current standing as an industry leader.

“From a safety perspective, Mobile Mini is well on its way to being a 0 incident company,” says Chris Miner, Mobile Mini’s Senior Vice President and General Counsel. “There’s a roadmap to it, and we followed it. We learned a lot along the way that we can impart on other companies. We’re now positioned to be experts in safety. In fact, we’re heavily invested on becoming the safest company on the planet.”

Mobile Mini’s Safety Director Sean Kriloff says valuing employees is the top driver, but there are plenty of other reasons. “Having a company culture of safety, in addition to being the right thing to do, has many tangible benefits. Such as low insurance rates, low incident rates, winning more bids; companies aren’t going to hire unsafe vendors.”

One of Mobile Mini’s innovations on the road to 0 incidents is its use of DriveCam, a two-camera system that records the road and driver simultaneously when triggered by a jolt to its trucks, such as an unsafe lane change, a bump, swerve or other disruption.

“Mobile Mini uses DriveCam to help our drivers recognize and understand potentially dangerous driving behaviors and they’re coached to help minimize and work towards full elimination,” says Mr. Kriloff. “Another benefit is the exoneration piece, meaning if we capture evidence that shows our drivers are not at fault, we’ll use video evidence to support our drivers’ position and when necessary defend against any legal claims that may arise.”

Media reports on the cost of frivolous lawsuits vary wildly, but most put the estimate in the hundreds of billions of dollars. The cost of traffic accidents in the U.S. is approaching $1 trillion according to PBS.

Last year there were almost 3 million workplace injuries, or 2.9 cases per 100 full-time employees. Mobile Mini wrapped 2017 with 0.59 cases per 100 with a goal towards under 0.50 in 2018 and 0.00 soon after. “What makes us world class in safety? Our stats; both from a recordable rate but also from our culture,” says Mr. Kriloff. “It’s about a feel, a pulse or rhythm of a company that makes it world class in safety. A lot of companies tout that, but when you start peeling back the onion, then are you going to find things that demonstrate those practices. Too often, not.”

Mobile Mini is a 2,000-employee global company working side-by-side with the construction, oil and gas industries. Many of our team members are operating trucks, forklifts and paint and repair equipment. With so many moving parts, getting to no workplace accidents will always be an endeavor.

“What does 0 incidents look like? How do we get there? That’s a short answer to an exhaustive amount of work,” says Mr. Kriloff. “Weekly safety Toolbox Talks; that is, safety messages the Safety Department creates and distributes to the field where it’s covered in weekly formal meetings. Those messages are culled from things that happen within Mobile Mini, or in the industry in general or an observation made by a member of our team. We’re keeping both our national and local managers fully engaged in the process. Outstanding engagement begets outstanding results.”

Mobile Mini Managed Services: All Your Jobsite Needs From the Most Trusted Name

From Point A to Point B: Mobile Mini’s Supply Chain Management is Top-Notch